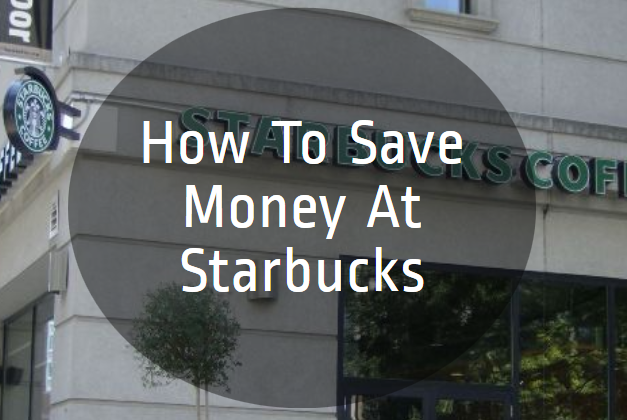 While we would definitely recommend ceasing (or, at the very least, limiting) daily coffee shop stops if you’re trying to cut back on debt, we understand that giving up the morning brew ritual might make you more miserable than saving the money. If your morning java run (or multiple daily runs) consist of any of the more expensive coffee shops (like Starbucks®, Second Cup®, Planet Bean®, etc), then finding ways to lower the cost is probably a good idea, no matter what your spending habits might be like otherwise.

We understand that it’s super convenient, especially if you’re in a hurry. Starbucks® particularly has a strong cult-ish following when it comes to it’s products, and we totally get it. Delicious food, utterly customizable drinks, fast and personalized service; they do it all right. But when you’re going in daily for a venti half calf skinny mocha with a double pump of sugar-free chocolate & a muffin, you’re running yourself at $10 a pop – easily. One of our staff this month was just mentioning the gut-clenching feeling that comes when looking at the credit card bill at the end of the month. “You think it’s only going to be $50…but then, oh look! $200!”.

To help save you that monthly-gut-clench, here are a few tips to help you save money while getting your drink on at Starbucks®.

Venti? How about no.

Does any human being really need up to 300mg of caffeine first thing in the morning, never mind more than once in a day? It’s true. While many of the venti drinks at Starbucks® hover between 150 and 200, the Americano blend has 300mg of caffeine! Health Canada recommends that healthy adults consume no more than 400mg a day. If you’re running to the shop more than once daily, it’s not just your wallet that you’re hurting, but also potentially your body.

What to do instead? Just get a smaller size! Not only will it be cheaper, but it will also have less shake-inducing caffeine. Or go the tea route. Black, white and green teas have less than 100mg of caffeine per venti cup and tea is cheaper. Additionally, the quality of the tea leaves is very good, so it can handle another steeping later in the day. Two-for-one!

Going with a friend? Here’s another tip – split the venti. Ask for two cups.

How’s that for savvy?

We all enjoy a soothing, cool beverage in the middle of the summer heat. But each of us has groaned every-so-often about how much ice they put into the cup. Next time you order an iced frapp, ask for “light ice”. You’ll get more of the beverage mixture of your choice, and less of those teeth-hurting cubes.

Bring your own mug/cup.

Like most coffee shops, bringing your own mug will save you upwards of .10 cents per beverage. It doesn’t sound like much, but if you’re going twice a day, you’re saving .20 cents. Over the course of a five-day work week, you’ve saved a buck. $4 bucks month, $48 a year. It’s still something.

The rewards/membership plan that Starbucks® has is excellent. Enjoy free shots, full drinks, goodies and more if you’re a regular spender. Might as well be rewarded if you go regularly! There are various tiers of cards, too. The higher your membership (gold, anyone?) the more freebies you’ll enjoy.

Order a grande coffee in a venti cup (or a tall in a grande cup).

Often, saving money doesn’t necessarily mean spending less but preventing waste. Case and point? How many times have you poured out coffee at the milking station? Unless you drink your coffee black, probably countless times. You’re literally pouring your money down the drain to make room for milk and cream! By asking for the coffee in a taller cup, you can add milk/cream to your heart’s content (fake latte anyone?) and not waste any of the stuff you just paid for.

Thing is, not all Starbucks® accommodates this size in Canada. But, give it a try next time. Ask for your beverage of choice in “short”. They will either happily accommodate you (and have it cost around $2) or say that they don’t carry it. Can’t hurt to try! Traveling throughout the U.S? Try it there, too!

Buy the coffee and make it at home.

This is a no-brainer. Buy your favourite brew from the store and put it into your coffee maker at home. Use a Starbucks® mug if you have to carry it to give yourself the full experience.

What did you think of these tips? Do you have any you want to add? Let us know!